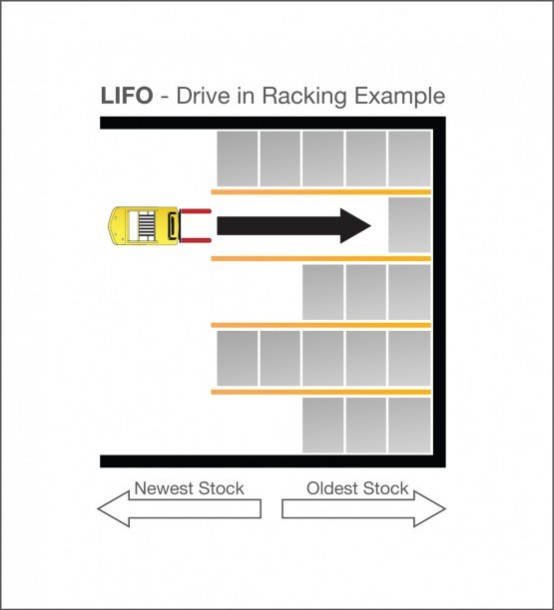 For example: Stocking Supermarket Milk; If a staff member at a supermarket stocks fresh milk into a refrigerator by simply placing the new stock of milk in front of the older stock they would be using LIFO. This would mean the older stock would not get purchased and would go off.

Instead supermarkets place milk in LILO by taking all milk out and placing the milk in order putting the oldest in the front and the newest at the back.

The same basic principle must be taken into account when choosing warehouse racking either LIFO or LILO. How perishable your stock keeping units (SKU’s) are (ie. food or clothing SKU’s) defines which type of racking system you can implement.

Racking types that use: Last In First Out (LIFO)